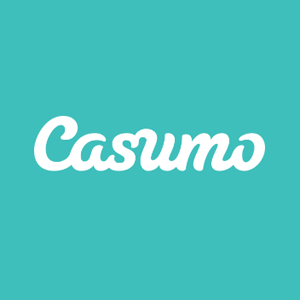 Kerala Lottery is a state lottery program run by the Kerala Government. Its lottery department was established in 1967 and is the first of its kind in India. This idea was conceived by the Finance Minister of Kerala, Late Sh. P.K Kunju. Thus, Kerala became one of the pioneer states of India, assisting many of its citizens.

The main objective of starting this program was to provide employment to the marginalized section of the state through the sale of lottery tickets. Over the years, the Kerala Lottery program has helped the government generate additional income without disturbing the public.

The Kerala State Lottery department organizes seven weekly lotteries and many seasonal bumper lotteries. The results are published on the official website on the day of the draw.

Where to Buy Kerala Lottery Tickets?

There are over 35,000 registered lottery agents and more than 1,00,000 retailers in Kerala selling paper-based lottery tickets. You can buy as many tickets as you want from these authorized sellers.

However, some agents collect payment via different modes and send paper tickets to customers via speed post or courier. You have to book the lottery number and transfer the total amount using online payment modes. After the payment confirmation, the agent will send the physical ticket to your address.

After you buy the ticket, write your name and address, with the signature, on the back of it to confirm its ownership.

While you can’t purchase the tickets online, Kerala Lottery has an official website that publishes daily lottery results for your convenience.

The cost for the weekly tickets (Win-Win, Shree Shakti, Akshaya, Karunya Plus, Nirmal, Karunya, and Pournami) ranges from Rs 30 to Rs 50 per ticket, and the prize money ranges from Rs. 50 Lakhs to Rs. 1 Crore.

The cost for the Bumper Lottery tickets (Christmas New Year Bumper, Summer Bumper, Vishu Bumper, Monsoon Bumper, Thiruvonam Bumper, Pooja Bumper) ranges from Rs 100 to Rs 200 per ticket, and the players can win up to Rs 10 Crores as the prize money.

How to Play Kerala Lottery?

You can only play the Kerala Lottery offshore. It is not available online.

The weekly draws are conducted every day at 3.00 pm at Sri Chitra Home Auditorium, Thiruvananthapuram. All the numbers of the tickets are pooled together and drawn at random. And if the number picked matches that on your ticket, you win. You can visit the venue to see the draw live.

The names of the winners are published on the official web site of Kerala Lotteries right after the draw takes place. So if you’re unable to attend the live draw, you can see the results online. They are also published in the Kerala Government Gazette.

The winner of the Kerala Lottery draw has to match the number on their ticket with the winning number published on the official site of Kerala Lotteries or in the Kerala Government Gazette. The winning ticket has to be submitted with the identification proof of the winner within 30 days of the draw to claim the prize money.

Rewards up to Rs 1 Lakh can be collected from the respective District Lottery Offices. The Director of State Lotteries in Kerala gives the rewards that are above Rs 1 Lakh in amount after all the valid documents are verified.

The prize money can also be claimed through national banks or State / District co-operative banks. Along with the prize-winning ticket, all the above documents have to be submitted to the bank. The bank will also submit the following documents to get the prize money.

Kerala Lotteries are one of the oldest lotteries of India and are conducted by the Government of Kerala. The lottery is legal, transparent, and is conducted in a fair manner.

Kerala Lottery has a growing family with hundreds of employees from all over India. Many physically challenged people make their living by selling these lotteries. GST earned from the sale of lottery tickets has helped support several welfare schemes.

Also, the money collected is used by the state government to support people suffering from poor health conditions. One of the popular schemes, Karunya, provides financial support to the people who are unable to pay for their medical bills.

So, not only is playing Kerala Lottery a way to realize your dream of becoming a millionaire, but it also gives you a chance to return to society and contribute towards its well-being.

How do I buy Kerala lottery ticket?

The Kerala Lottery tickets can be bought from the registered vendors all over the state. Online selling is prohibited to avoid any malpractices.

How to find the results of the lottery?

The results are declared on the same day as the draw and can be viewed on the official website of Kerala Lotteries.

The results are also published the day after each draw, in several leading dailies. You can also check the result with the lottery agent from whom you purchased the ticket.

Do I have to pay tax on the winning amount of Kerala Lottery?

Yes, the lottery prize is taxable in India as per the section 194B of the Income Tax Act 1961.

Tax at the rate of 30% (along with a 3% education-cess on 30%) is required to be paid on total winnings. That is, a total of 30.9% tax is deducted on the total prize money. The tax is deducted at source (TDS) when the winning amount is credited to your account.

Can I watch the Kerala lottery draw?

Yes, the lottery draw is open to view for all public members. Draws are held in various locations in the state of Kerala, and information for the venues is available from lottery agents or through the media.

How can I check if Kerala Lotteries are fake?

The authenticity of a Kerala lottery ticket can be checked by scanning the QR code printed on the ticket.

Can other state residents buy a Kerala lottery ticket?

Yes, any other state resident of India can also play the Kerala lottery. There is no such restriction. You can buy the ticket from the several vendors in Kerala or ask them to send it to you via courier.

How many prizes can I win from one ticket?

You are eligible to win only one prize from one ticket. In the event of a ticket winning more than one prize in a draw, the ticket shall be eligible only for the highest prize declared.

How much time do I have to claim the prize?

Winners must claim their prize within 30 days of the draw. Prizes that are not claimed within the time limit will automatically become the property of the Kerala Government. So, it is suggested that you initiate the process and collect all the documents you need right after you come to know the results.

What price do I have to pay to buy the Kerala Lottery ticket?

The cost of weekly tickets ranges from Rs 20 to Rs 50, while the cost of Bumper Tickets varies from Rs 100 to Rs 200. You can buy as many tickets as you desire. There is no limit on the number of tickets you can buy.